Open a company in Hong Kong – The Greater Bay Area 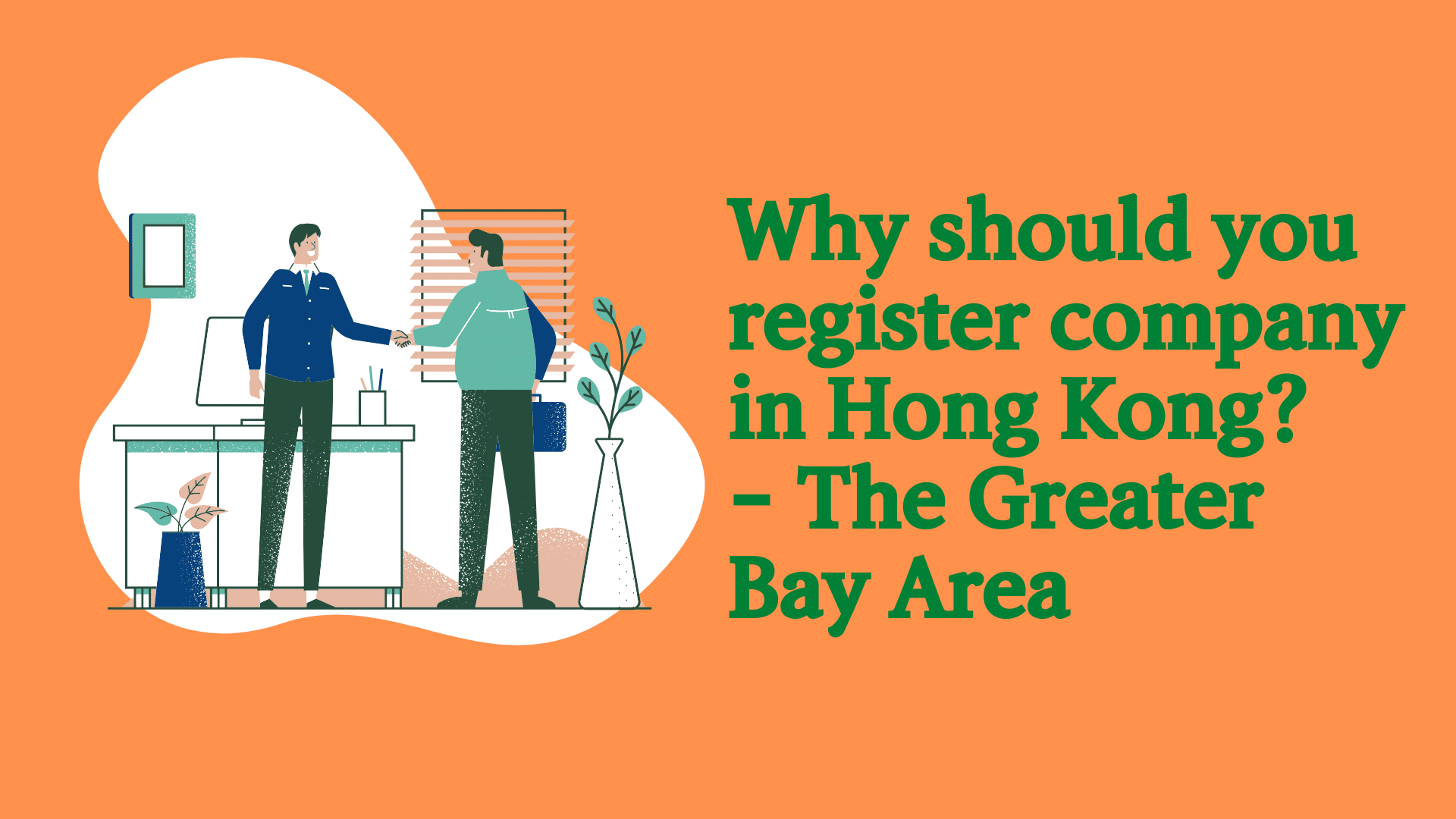 Under the Greater Bay Area scheme, China wants to make Hong Kong the hub of this development. Why is Hong Kong so important? Why should you open a company in Hong Kong now? What are the business opportunities?

The Greater Area Bay will include Hong Kong, Macau, and nine cities in Guangdong province. They are Guangzhou, Shenzhen, Zhuhai, Foshan, Huizhou, Dongguan, Zhongshan, Jiangmen, Zhaoqing. These nine cities are very strong in manufacturing and they are known as “the world’s factory”. While the economic structure of China is changing, the region is now the home for China technology giants. For example, Tencent Holdings and Huawei mobile phone are based here. According to China’s estimation, the Greater Bay Area will grow into the world’s largest bay area in terms of GDP within 10 years. So let’s start with the current statistics.

According to the Global Financial Center Index 2019, New York remains in the first place. Second is London while Hong Kong is only four points behind London in third. We all know that Hong Kong is good in finance and international business know-how. Considering if Hong Kong joins hands with the 9 Mainland cities, we can anticipate further growth in the economy. Below are some reasons why you should open a company in Hong Kong now and how Hong Kong can connect you with Mainland China.

We always heard the businessman saying that Hong Kong has great connectivity. What does that mean?  Let’s have a look at Hong Kong’s infrastructure.

The first thing to talk about is the Hong Kong International airport. This airport has won different awards since its establishment in 1998. It is the no.1 cargo airport in the world. Just in 2019, the airport handled 4.8 million tonnes of cargo. It also handled more than 71 million passengers. It has a direct flight to 220 destinations. You can reach all major Asia countries within 4 hours.

Once you arrive in Hong Kong, you can meet your business partners right away. If you take the airport express metro line, it only takes 24 minutes travelling from the airport to the central business district.  The Airport express metro can also bring you to the Asia-World expo in 2 minutes. If you need to visit China, there are 550 bus trips between Hong Kong Airport and 110 Mainland China cities.

In recent years, Hong Kong works closer to Mainland China. The Hong Kong airport has set up cargo depots in several locations in Mainland China. This allows for a better flow of goods between different cities. This makes Hong Kong the easiest gateway for China companies to reach their buyers in the world.

Hong Kong adopts its own currency, political and legal system. The Government allows free movement of capital, talent, goods and information. English is one of the official languages in Hong Kong. It is widely used in business and contracts. There is also no foreign ownership restriction. Most importantly, the Hong Kong legal system is independent of the China Government. Rules and practice are aligned with international standard. For example, Hong Kong has solid intellectual property protection.

China has its own trademark laws but rules can sometimes be different to international standard. China is a first-to-file country. In other words, whoever files the trademark first, the person will get the trademark owner. Many famous companies have lost trademark disputes in China. A recent example is that the original MUJI (Japanese company in 1990) had to compensate the Chinese company MUJI (Beijing company in 2015) for trademark infringement.

This explains why foreign investors prefer to open a company in Hong Kong. The Hong Kong system gives confidence to foreign investors and this allows funds to go in and out of China safely. This is why China needs Hong Kong to be the hub of the Greater Bay Area.

This can expedite the flow of talents among Hong Kong and these 9 cities in Mainland China. Once all cross-boundary infrastructures are completed, the economic integration of this region will create a world-class city cluster. Hence, this is the perfect time to open a company in Hong Kong and seize  business opportunities early.

This bridge will also enhance Hong Kong’s position as a trade and logistic hub. Goods from the Western Pearl River Delta can be shifted to Hong Kong more efficiently.  Chinese suppliers can fully utilize the airport and container ports in Hong Kong.

Guangzhou-Shenzhen-Hong Kong Express Rail Link is a high-speed train. It connects many major cities in China and the whole distance is over twenty-nine thousand kilometres. The travelling time from Hong Kong to Futian, Shenzhen and Guangzhou are 14, 18 and 46 minutes respectively. It allows businessmen to travel from Hong Kong to China quickly. This new rail link network is crucial to the success of the Greater Area Bay.

This boundary control point will allow passengers and vehicles to reach Eastern Shenzhen, Huizhou, eastern Guangdong quickly. Once the control point is completed, the travelling time from Tai Po Hong Kong to Shenzhen can be as fast as twenty-two minutes. All these basic infrastructures will eventually foster a “One-hour living circle” in the Greater Area Bay. Hong Kong can attract more talents from Mainland China. We can expect a multicultural-talent-pool in the near future.

We are yet to see how the Greater Bay Area will develop in the coming years. However, it is clear that China is ambitious to turn this region into a new Silicon Valley-type technology and innovation hub. China needs Hong Kong to expand cooperation with these major cities in the Mainland. Eventually, Hong Kong and these cities can utilize each other advantage to further and strengthen economic growth.

If you are interested to open a company in Hong Kong, you can contact our incorporation team at info@getstarted.hk  The incorporation process can be completed as fast as 1 business day.

About Us
Our Blog
Join Our Team

[See All Our Offices]